Every coming-of-age story includes best friends. Mine’s no different. Except that I didn’t make friends easily. So it wasn’t like I had “a gang” of friends. It wasn’t even like I had a “handful”. As a small boy, I spent a lot of time alone and didn’t really have a problem with that. I had a huge imagination. I fed it with lots of TV-watching and reading (which I avidly took up from the first moment that I was able to make the slightest sense out of symbols on a page). TV was different back then. Everybody’s heroes were on a channel or two. I thus had no problem playing alone. In the winter, I was Sergeant Preston of the Royal Canadian Mounted Police. In the magic of summer, I could be whomever I wanted to be. Sometimes Robin Hood, other times the Lone Ranger and still others, Superman. Whatever secondary characters I needed I simply made up, and they seemed as real as could be.
But those were temporary friends. Actors on a stage in works of my own making. I also had, like many (neurotic) kids, a couple of stable self-created friends. Or at least I think they were self-created, although they seemed real enough to me. Not unpredictably—since I never went through a girl-hating stage, and truly liked and identified a lot with the opposite sex, having tagged around behind my older sister for my first five years before my little brother was born—the two phantom friends were sisters: Marie and Chuddah. I know, I know, such unlikely names, right? Where did I come up with them? Actually, I didn’t. That’s just what they told me they were called when they showed up one day while my sister was busy with stuff of her own and I was playing by myself.
My sister Darla knew about them and essentially ignored them, even when I looked over my shoulder to make sure they were coming with us, or beckoned them to, when we went down the street to the grocery store. But it wasn’t like they went everywhere with Darla and me. I mean, it wasn’t like they had a life entirely of their own, after all.  They were only around when I wanted or needed them to be. 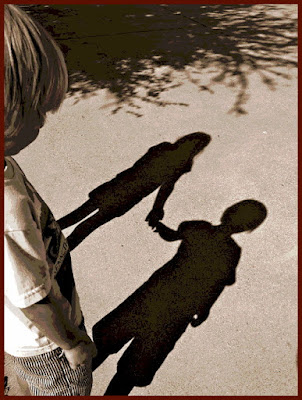 Reba Mae, my mother, knew about them too but had read somewhere that it was just a stage some kids went through and as long as ethereal friends didn’t follow children into puberty and adulthood it wasn’t necessarily a sign of delusional behavior. She did, however, ask me once, “What kind of a name is Chuddah?” To which I replied, “I don’t know. It’s just her name. Ask her!”
In a paper published a decade ago, psychologists Espen Klausen and Richard Passman reported that imaginary friends were once thought to be supernatural creatures or spirits that were believed to link people with past lives. But they also indicated that some observers see children’s connection with such characters as akin to what fiction writers do. Many writers, they pointed out, talk about their characters taking on “a life of their own” and that, it would seem, is kind of what certain kids do: make people up and let their imaginations run away with them. Neither explanation would be alien to my personality, I suppose. But although I’m clearly a skeptic when it comes to the other-worldly, I’d almost pick the first explanation over the second, considering how Marie and Chuddah just showed up and told me their names. Especially because, neither before nor since, have I ever known another Chuddah.
Whatever the case may be, I was four going on five when they went away. It was autumn. My mother was pregnant (very pregnant, since she gave birth in mid-November) with by little brother and had gone off for the day to do I-don’t-know-what in the nearby city of Lima, Ohio. She’d left me with my father’s mother, Grandma Alice, and had probably left Darla with her mother, Grandma Myrt. I don’t recall for sure, but I was alone with my father’s mother. 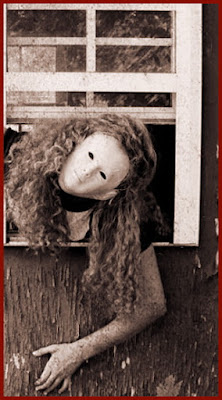 On this clear blue autumn day, Grandma and I had gathered walnuts from under a neighbor’s tree and had been sitting on her back stoop peeling the fragrant green outer skin off their shells to let them dry out. Marie and Chuddah were standing at the bottom of the steps watching us. It was a small stoop and there wasn’t enough room up there for all of us, just Grandma and me. We’d husked most of a big brown paper grocery bag full of nuts with my two little friends silently looking on. We were getting pretty tired. Grandma Alice suggested a breather, told me to wait there, and went into the house to get us a cream soda, her favorite pop.
It was while I was sitting there alone on the back porch with them that Marie and Chuddah told me they had to go. They said they’d just come to say good-bye. Then, with no further ado, they turned and walked away. After they’d crossed the alley behind my grandparents’ house and were part way across the field on the other side, they half-turned and waved. I waved back and they turned and walked on. I never saw them again.
Seeing imaginary friends didn’t become a habit. They were the only two I ever had. But at about that same time, overlapping the period in which Marie and Chuddah arrived and left, I did receive a number of visits from another other-worldly personality.
At the time, we lived in a two-story house on North Defiance Street in Wapakoneta, my home town. Built in 1900, it was the house where my dad and his brothers had spent their teen years after their parents decided to move down to Wapak from Lima in the 1930s, in order to be closer to the Western & Southern Life Insurance branch office that my grandfather, Murel Newland, worked out of. Whitie, my dad, bought the house from his dad when he returned home from service in World War II, and that’s the first house I recall living in.
Anyway, there were three bedrooms upstairs and one down. In summer, when it was hot, Whitie and Reba Mae slept in the downstairs bedroom, but the rest of the year, we all slept upstairs. My sister and I slept in one bedroom and my parents in a second one across the landing at the top of the steep stairs that rose from right in front of the front door, with the staircase dividing the dining room from the living room. The third upstairs bedroom adjoined the room where my sister and I slept and was kept shut in winter to conserve heating. The fact that it had a bed all made up with a quilt, a bureau full of odds and ends, and a closet where off-seasonal clothes were kept, and that it was kept closed except when my mother opened it to clean and air it out, gave it, for me, a touch of mystery.
The encounters involved what was, for lack of a better term, a recurrent dream. In it, I would awaken to find myself lying under the quilt in the spare room, where none of us ever slept. I would sit up and find a woman of indeterminate age sitting on a straight chair that was usually against the wall by the closet. She would be looking at me attentively. She was dressed in a manner not unlike what I would much later in life come to know as saints, rather like the Virgin of Luján, her head covered with a sky-blue shawl, her face pallid almost to the point of giving off a luminescent glow. 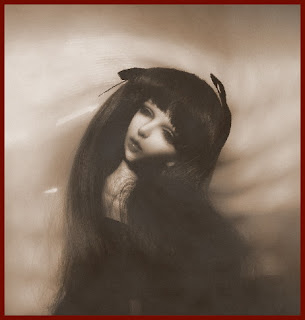 On her first visit, I was frightened but managed to ask her who she was and what she was doing there.
“I am your mother,” she said serenely, with no flicker of change in her expression.
“No you’re not,” I said emphatically. “I already have a mother.”
“I’m your true mother,” she insisted.
And that was when I would start howling for Reba Mae. My mother would come to find me sitting up screaming in my real bed and would comfort me, telling me that it was “just a dream” and not to be afraid. That there was nobody in the house but us, that everything was okay.
But the same thing kept happening for a time. Every so often, I would awake “in the spare room” with the woman who claimed to be my “real mother” sitting by my bed. She no longer said anything but remained there gazing attentively at me until I would squeeze my eyelids tightly shut and scream for my mother to make the specter go away.
Then, almost as soon as my little brother was born, we moved to a new house on the other side of town, and I never saw the lady in blue again. I never missed her. Indeed, I was glad to be rid of her. But I still wonder from time to time whatever became of Marie and Chuddah.

Posted by Dan Newland at 11:22 AM 5 comments: Links to this post 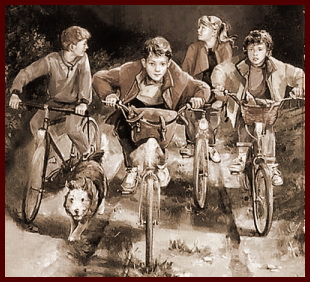 At the bike shop, Whitie negotiated with Mr. Weitz to the point of exasperation. It was late and all Eddy wanted to do was close his shop and go home for the day. In the end, my father cut me a deal where I got the shiny new Speedster for forty-eight dollars plus my rebuilt and I went home with a beautiful new ride and twelve dollars still in my pocket.
The rebuilt I traded in was the last vehicle Whitie would ever buy me. From here on out, I was free-wheeling.

Posted by Dan Newland at 11:24 AM 8 comments: Links to this post 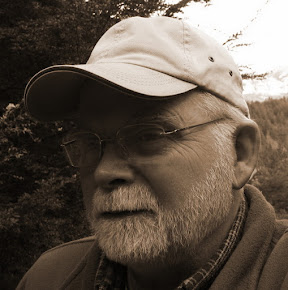